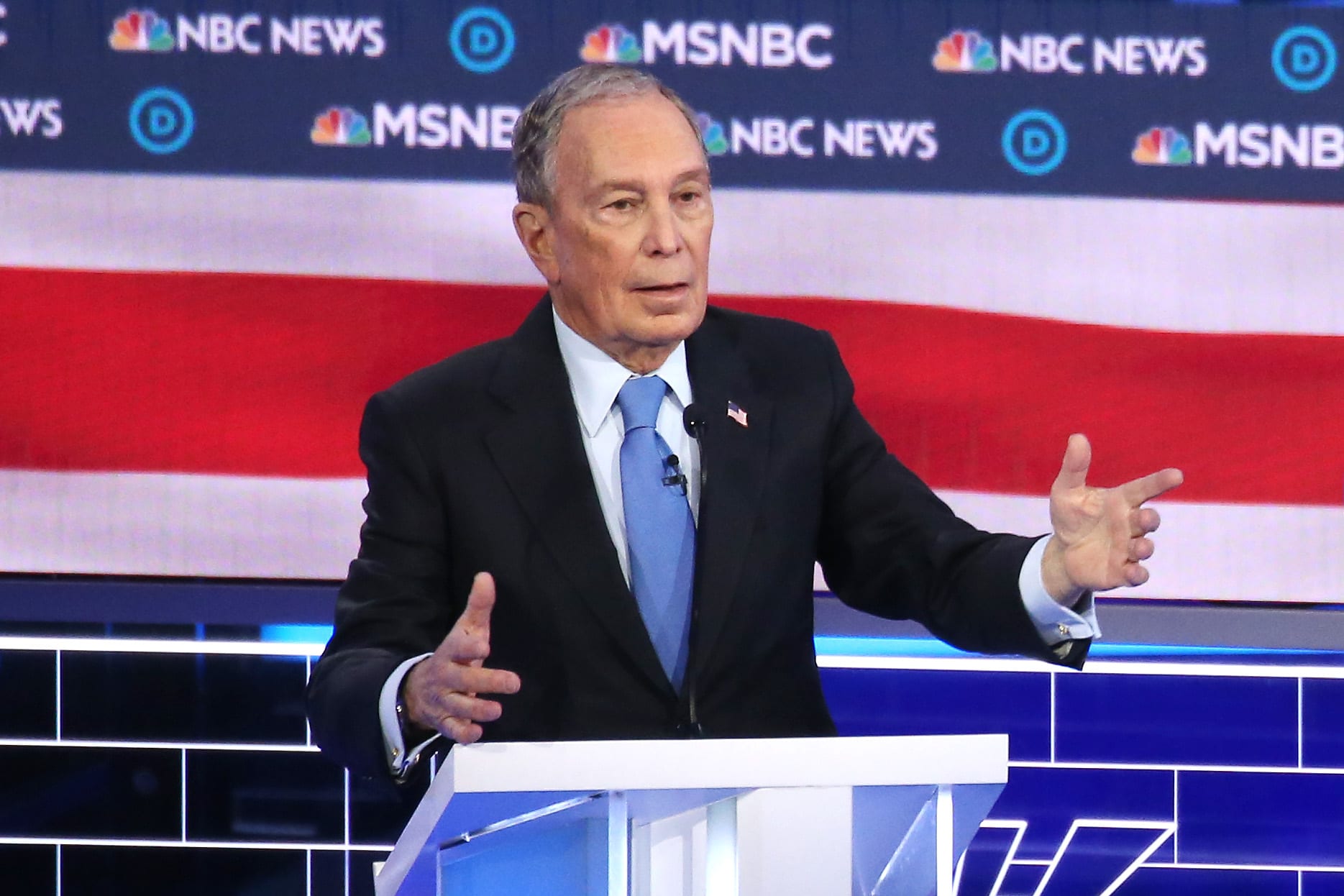 Bloomberg debate debacle may be ‘beginning of the end’

Billionaire former New York City Mayor Mike Bloomberg’s performance in his first Democratic presidential debate was so bad that it may be the “beginning of the end” for his already late-starting campaign, pollster Frank Luntz said Thursday.

Just days before Saturday’s Nevada caucuses, Bloomberg was attacked on all sides Wednesday night by the five other candidates for the Democratic nomination on the debate stage in Las Vegas.

Luntz, a longtime Republican pollster and consultant to NBC’s hit series “The West Wing,” on CNBC compared Bloomberg’s debacle to Rick Perry’s debate gaffe in the 2012 race for the GOP presidential nomination.

At a CNBC-hosted debate in Michigan in November 2011, Perry could not remember the third federal agency he wanted to eliminate. Two months later, he dropped out.

“We will look back at this debate potentially as the beginning of the end [for Bloomberg] because he didn’t come across as prepared. And more importantly, I don’t think he captured the tone of the audience,” Luntz said on “Squawk Box.”

The Bloomberg campaign was not immediately available for comment.

“The whole night was a challenging moment,” contended Luntz, who said he worked with Bloomberg in 2001. “He doesn’t like debates. He doesn’t like that kind of give and take.”

“That’s not what he’s about. The problem is it’s what the Democrats are about. And he should have known that these candidates were going to take him on,” Luntz added.

The harshest attacks came from Massachusetts Sen. Elizabeth Warren, who said Bloomberg was a “billionaire who calls women ‘fat broads’ and ‘horse-faced lesbians.'”

Later, Warren called on Bloomberg to release female employees from nondisclosure agreements. In response, Bloomberg said, “None of them accused me of doing anything other than — maybe they didn’t like a joke I told.”

Luntz said he doesn’t know what the right answer to Warren was but what Bloomberg said was not it.

The pollster also said Bloomberg’s swipe at Vermont Sen. Bernie Sanders for being the “best known socialist in the country” who also has three homes won’t win the day with average Democrats.

Sanders is going to win that argument every time, said Luntz, adding that’s why the Vermont independent, who calls himself a democratic socialist, is leading the race for the Democratic nomination to face President Donald Trump in the general election.

Ahead of the Nevada debate, Bloomberg was gaining ground in national polls.

The ex-mayor, with a net worth of more than $65 billion, is self-funding his run for the White House. Since joining the race late, in November, he has spent about $400 million of his personal fortune on campaign ads.

Despite participating in the Nevada debate, Bloomberg is not on a ballot until Super Tuesday on March 3, when a third of the delegates are up for grabs in 16 nominating primaries and caucuses.

Between the Nevada caucuses and Super Tuesday, South Carolina holds its primary on Feb. 29.