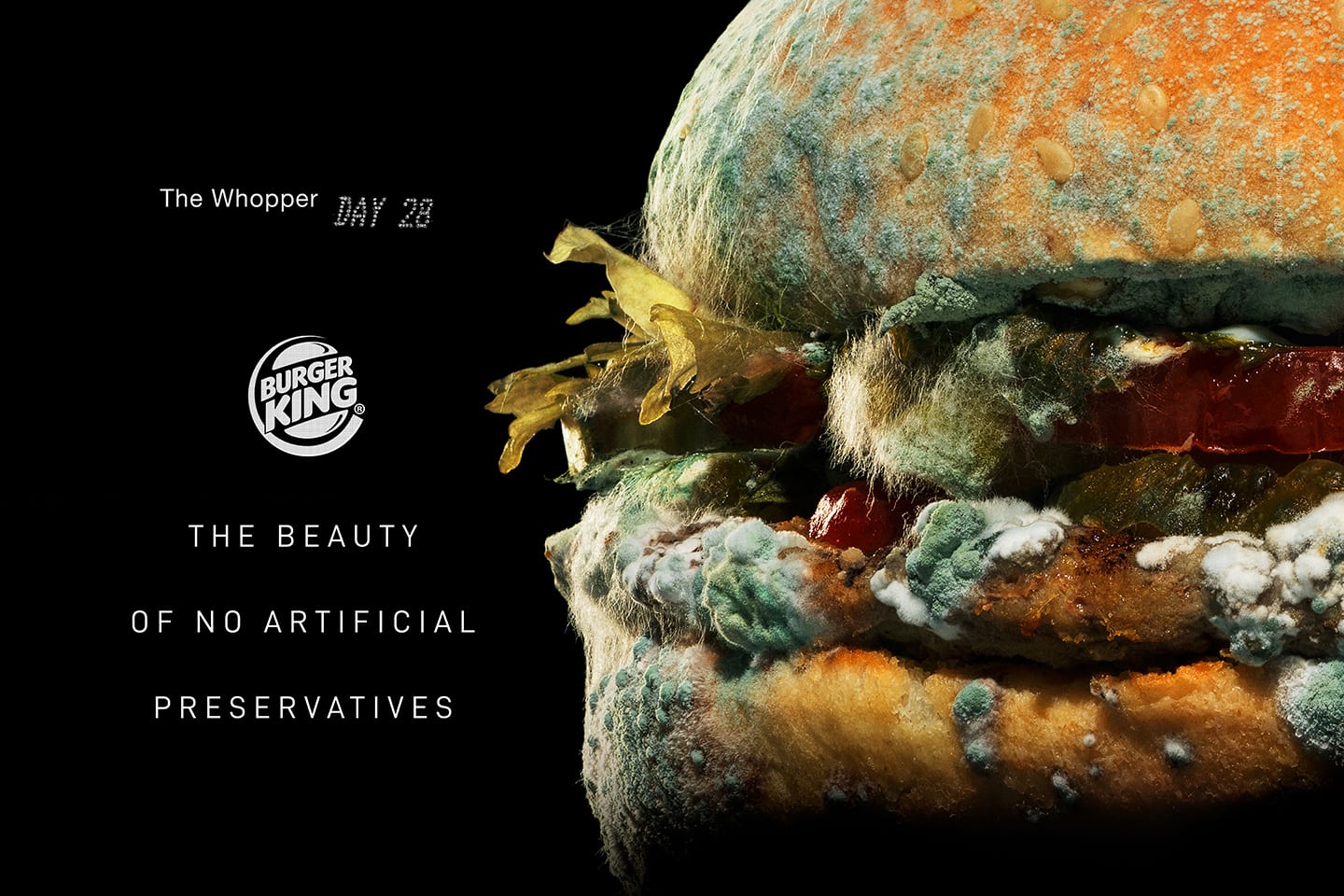 Burger King made headlines when it launched its latest ad — showing a Whopper going moldy — on Wednesday.

The spot was launched as the Restaurant Brands International chain announced it would remove artificial colors, flavors and preservatives from its signature sandwich in the U.S. More than 400 outlets already have the additive-free burger, and the company expects all Whoppers to follow by the end of the year.

But featuring mold in a food ad breaks all the rules of meal promotion, which usually involves beautifully-shot items that have been set up by stylists.

CNBC spoke to several experts to get their reactions. Some welcomed the move to show a “real” burger beyond its prime.

“I love it. It’s about time. It’s so important to be open and honest. Of course, food perishes (and) what is controversial about that? Only thing that worries me is: were there actually artificial preservatives in there (before)?” he stated in an email to CNBC.

Van Bockel created Tenzing with the idea of removing much of the sugar and other sweeteners added to traditional energy drinks and encouraging people to get used to drinks that are less sweet. “For Burger King, it’s about getting people used to the fact that food can’t always be perfect. That’s a very good thing,” he added.

Favorite brands often hope their ad campaigns will go viral and according to Ben Tyson, CEO at agency Born Social, conversations about Burger King on all social channels have doubled in the past 24 hours. Comments on the moldy Whopper are almost evenly split between positive and negative, he added. “But significantly, sentiment on social for Burger King averages about 75% positive over the past three months, so that indicates it’s not been entirely welcomed with open arms,” he said in an email to CNBC.

Tyson says the agency’s marketing clients often want to promote certain product features in their social media campaigns. “We talk a lot about dramatizing product benefits, in this case, fresh ingredients, how do you tell that (story) in the most over the top, dramatic way? And if you can start thinking like that, you often start getting to content that works, or interests people,” he told CNBC. Using something like a moldy burger will stand out in social media feeds — even if the campaign was originally designed for more traditional advertising like video and TV.

For Jonny Shaw, chief strategy officer at VCCP New York, the moldy burger is getting attention beyond its usual target audience — which may not have been the intention. “The ad is certainly impactful. People are talking about it all over my LinkedIn. So on one level it’s successful. But … I wouldn’t guess a single one of my contacts has been in a Burger King for a decade or so … This ad fails by the most basic of old school marketing rules – getting your targeting all wrong,” he stated in an email to CNBC.

Yann Cobigo and Thibault Michal, creative directors at agency Leagas Delaney, said the campaign could win prestigious ad industry awards over shifting burgers. “If the campaign is made for the media and advertising industry itself and is only meant to be sent to (awards) festivals, it will at least make some fame for the brand and the agency who worked on it,” they said in an email to CNBC. Burger King won the award for “creative marketer of the year” at Cannes Lions in 2017, one of the industry’s most high-profile events. The pair noted that how many burgers the new ad sells also relies on the media plan — if a lot has been spent on TV ad buys then it will have a greater impact, for example.

This isn’t the first time a moldy burger has received attention. When McDonald’s closed its last store in Iceland in 2009, customer Hjortur Smarason decided to buy a burger and fries and test whether it would decompose. Ten years later, the slightly decayed meal is on display in a glass cabinet at Snotra House, a hostel in the south of the country — perhaps inspiration for the Burger King campaign.

Burger King often sends up McDonald’s in its advertising: In December, it revealed that it had hidden a Big Mac behind a Whopper in every U.K. ad it ran in 2019, aiming to prove the Whopper’s superior size. And in May, it launched a range of “unhappy meals” that conveyed “real” moods, in a dig at McDonald’s famous Happy Meal.

This is all part of Burger King’s ad strategy, said Cobigo and Michal. “Being subversive and pushing creative boundaries to create business growth is in Burger King’s and their CMO (Chief Marketing Officer) Fernando Marchado’s DNA,” they said.

Burger King’s Impossible Whopper launch wasn’t quite enough to lift sales as high as market expectations — but perhaps the moldy Whopper might.

2020-02-20
Previous Post: Bloomberg debate debacle may be ‘beginning of the end’
Next Post: WhatsApp chooses Brazil to launch its first major ad campaign