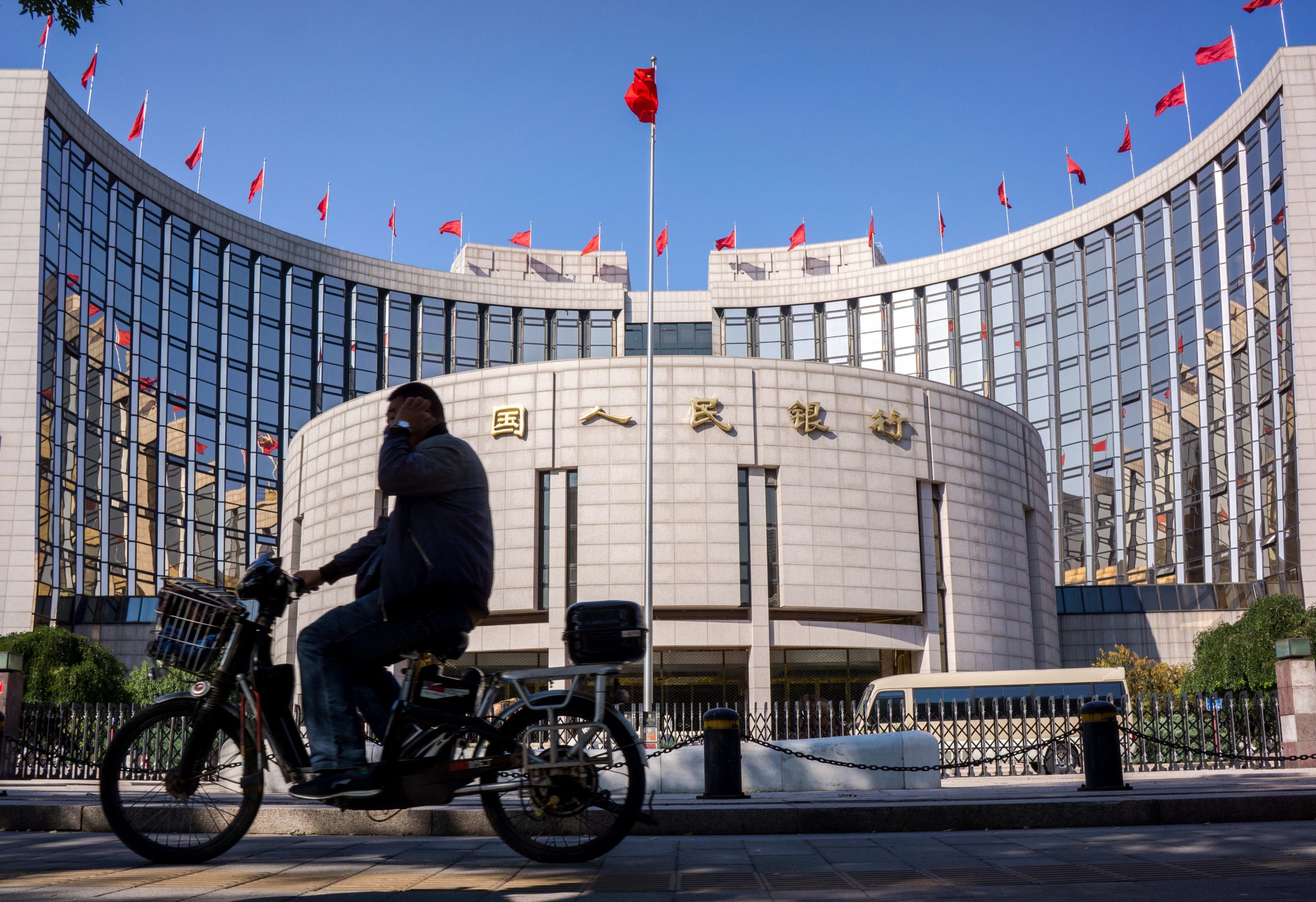 A man riding an electric bicycle passing by China’s central bank, the People’s Bank of China.

China said on Thursday it lowered its benchmark lending rates — a move that was widely expected by analysts as the world’s second-largest economy faced threats from an outbreak of a deadly coronavirus.

The country’s central bank, the People’s Bank of China, cut the one-year loan prime rate from 4.15% to 4.05%, and the five-year rate from 4.80% to 4.75%. The PBOC publishes the rates every month. Thursday’s move was the first cut since October last year, according to Refinitiv data.

Loan prime rate is the interest rate that banks charge their most creditworthy clients. The PBOC, in a revamp to China’s interest rates regime last year, pushed commercial lenders to reference the loan prime rate when pricing their new loans.

Lower lending rates in China come at a time when a lot of economic activities around the country stall as authorities race to contain the spread of a new coronavirus — now called COVID-19 — which is believed to have originated in Wuhan, the capital of Hubei province.

Some analysts said Thursday’s move can only help the Chinese economy so much.

“The ten basis point reduction will help companies weather the damage from the coronavirus at the margins,” Julian Evans-Pritchard, senior China economist at consultancy Capital Economics, wrote in a note after PBOC published its latest loan prime rates.

“But even if the … cut is passed on to all borrowers, that would only decrease average one-year bank lending rates from 5.44% to 5.34%. The ability of firms to postpone loan repayments and access loans on preferential terms will matter more in the near-term,” he added.

He told CNBC’s “Street Signs Asia” after the PBOC announcement that both the medium-term lending facility rate and the loan prime rates could move even lower later this year.

“On top of that… we’ll see more credit easing, including shadow banking credit,” he said.