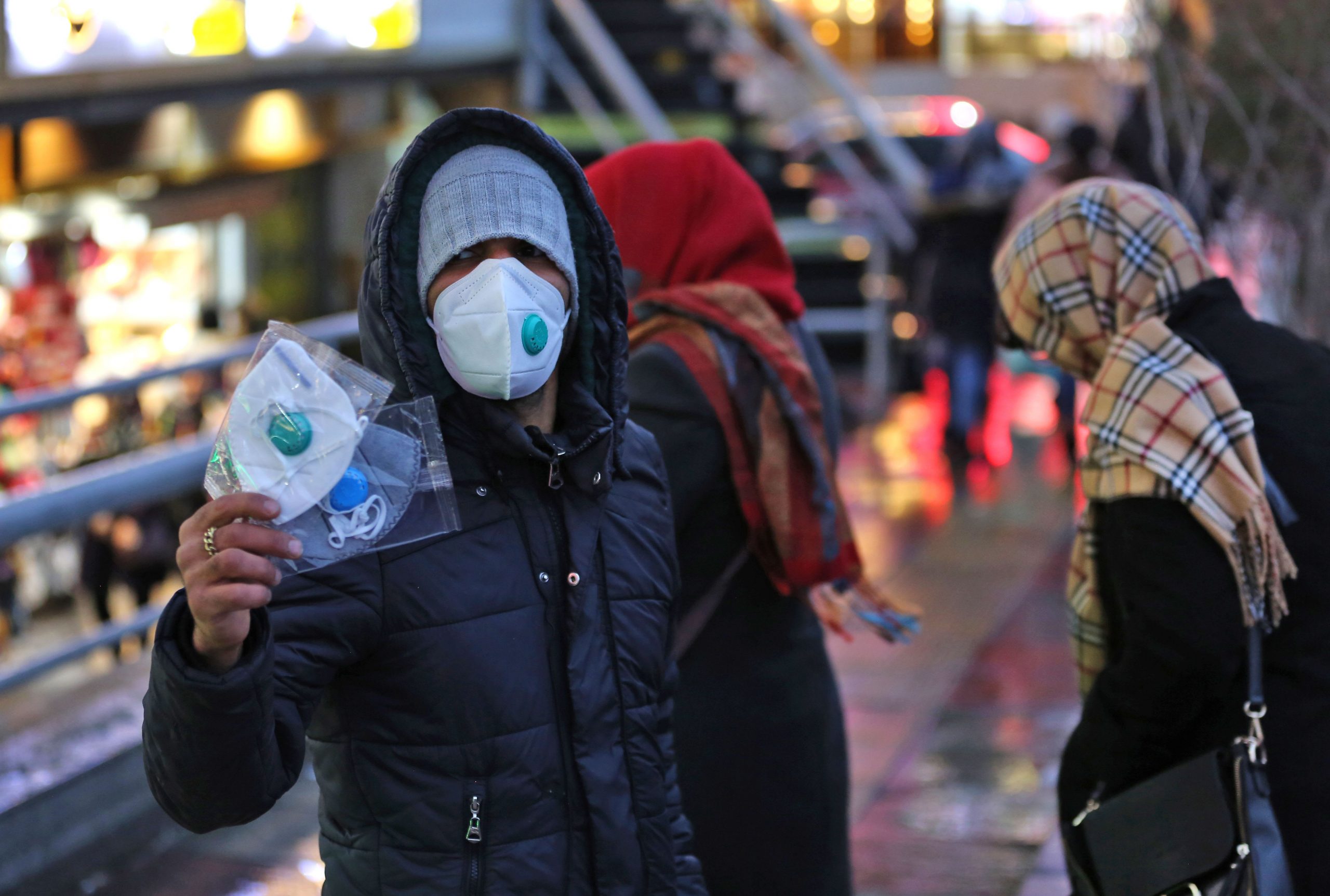 An Iranian street vendor sells protective masks in the capital Tehran on February 20,2020.

8:50 am: Beirut hospital confirms first case of coronavirus in Lebanon

The first case of coronavirus was confirmed in Lebanon on Friday after a woman arriving from Iran tested positive, a source at a Beirut hospital where the woman is being quarantined told Reuters. There were no further details immediately available on the case. Lebanon’s health minister was expected to hold a news conference on Friday to address the case. — Reuters

7:45 am: Expectations for a rate cut will fade as coronavirus fear eases, Fed’s James Bullard says

Markets that are expecting an interest rate cut are reacting to the coronavirus scare and likely will reverse once the fear starts to fade, St. Louis Fed President James Bullard said. In an interview on CNBC’s “Squawk Box,” Bullard pushed back on the likelihood of a cut, saying current policy seems right considering the pace of the record-breaking U.S. economic expansion. “There’s a high probability that the coronavirus will blow over as other viruses have, be a temporary shock and everything will come back. But there’s a low probability that this could get much worse,” he said. “Markets have to price that in, and that drags down the center of gravity a little bit. But if this all goes away, I expect that pricing will come back out of the market and we’ll be back to the on-hold scenario.” — Cox

7:30 am: It is possible coronavirus exists in all Iranian cities, Health Ministry says

Iran’s health ministry on Friday reportedly confirmed the coronavirus had spread to several cities nationwide, before adding the flu-like virus might exist in all of them. “Based on existing reports, the spread of the coronavirus started in Qom and with attention to people’s travels has now reached several cities in the country, including Tehran, Babol, Arak, Isfahan, Rasht, and other cities. And it is possible that it exists in all cities in Iran,” Health Ministry official Minou Mohrez said Friday, Reuters reported, citing the country’s official IRNA news agency. It comes after the Islamic Republic confirmed 18 total cases on Friday, and four patients have died. — Meredith

7:25 am: Coca-Cola takes an earnings hit on virus

Coca-Cola is forecasting that the coronavirus will drag down its first-quarter earnings by a penny to 2 cents a share. The company also estimates that the outbreak will hit unit case volume by 2% to 3% and organic revenue by 1% to 2%.The beverage giant is still expecting to meet its full-year outlook. Coke’s Chinese business accounts for about 10% of its global volume but less of its profit and revenue. — Lucas

6:45 am: Israel confirms passenger has tested positive upon return from coronavirus-hit ship in Japan

Israel’s Ministry of Health on Friday confirmed a passenger returning from a coronavirus-hit cruise ship in Japan has tested positive for COVID-19. The patient is in quarantine and under supervision, the Health Ministry said in a statement, adding the infection did not take place in Israel. The remaining passengers returning to Israel were reported to have tested negative for the coronavirus. — Meredith

Iran has confirmed two deaths among 13 new cases of the coronavirus, according to a statement from Health Ministry spokesperson Kinaush Jahanpur. Seven people found to have contracted the flu-like virus were diagnosed in Qom, four people in Tehran and two in Gilan, Jahanpur said Friday. The total number of confirmed cases in Iran has now climbed to 18, with four deaths. — Meredith

A coronavirus patient who was discharged less than two weeks ago has tested positive for the virus, Chengdu Public Health and Medical Center said Friday in an online statement. The post said the patient was discharged on Feb. 10 after meeting requirements from China’s virus diagnosis protocol, and went home for a 14-day quarantine. The hospital said it received the patient on Wednesday for further treatment. Chengdu is the capital city of Sichuan province in southwestern China and located more than 1,100 kilometers (683 miles) away from Wuhan. — Wu

4:35 am: Confirmed cases in Hubei province cannot be removed, must now be added back, official says

Following several days of back-and-forth over how Hubei defines virus cases, an official for the province’s health commission said confirmed infections cannot be removed from the province’s official count, state news agency Xinhua reported Friday, citing a news conference. Cases that have been removed must all be added back, the official said, according to the report. The official cited a stringent demand from the province’s party secretary, Ying Yong, a former Shanghai mayor who assumed the position last week. On Thursday, the Hubei Provincial Health Committee reported there were 349 new cases as of Feb. 19 — down from 1,693 newly confirmed cases the day before. The commission stated that 349 was the final tally after deducting 279 cases from 10 Hubei cities. — Cheng