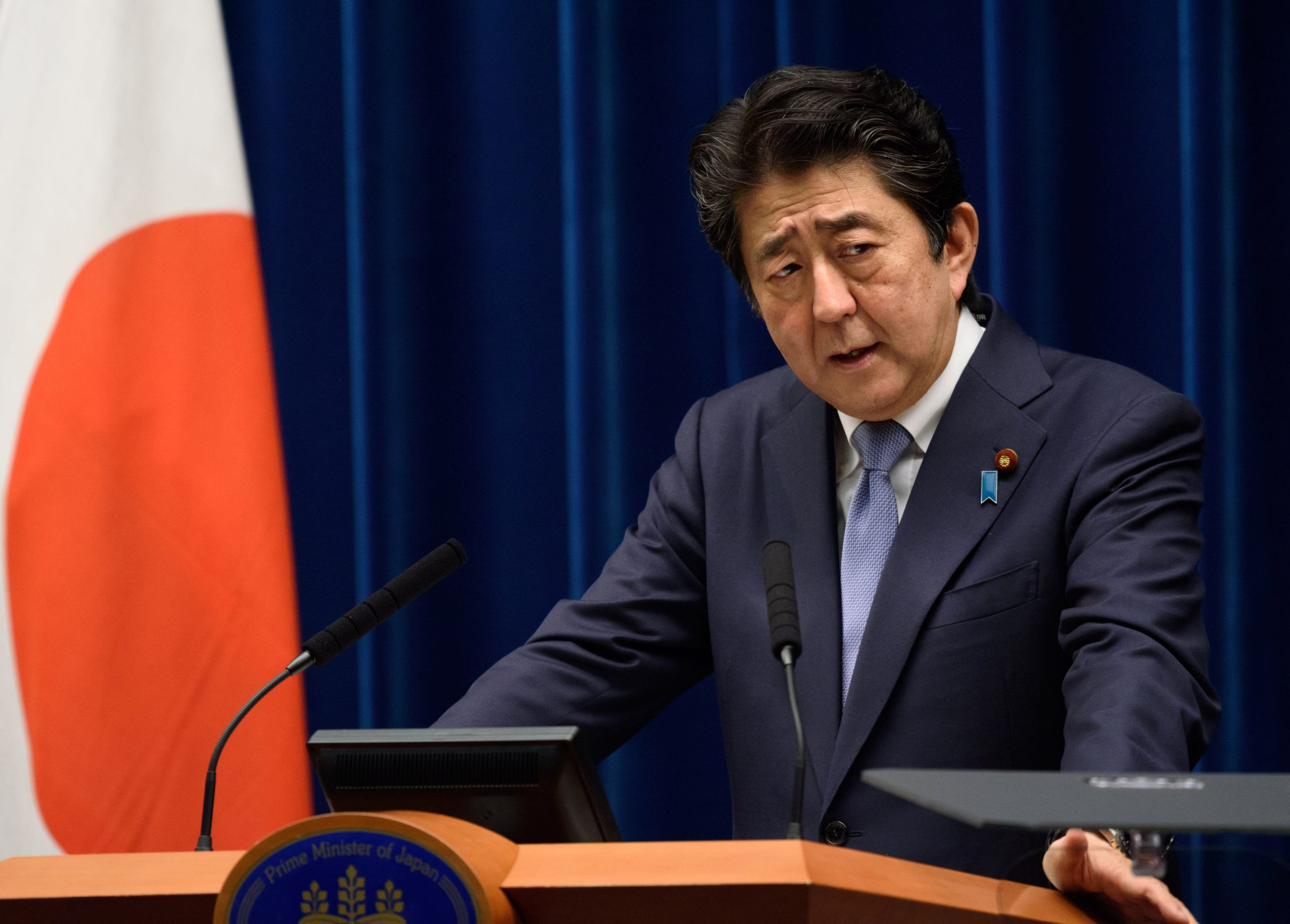 Prime Minister Shinzo Abe should be basking in the limelight this year in the run-up to the 2020 Tokyo Olympics. Instead, the virus outbreak that has spread from China to even remote parts of Japan has Abe and his ruling Liberal Democratic Party playing defense.

Abe has skated through numerous scandals since taking office in late 2012, promising to “Make Japan Great Again.” A relatively strong economy, robust share prices and the absence of strong political rivals have enabled him to hang on as the country’s longest-serving prime minister, with a solid majority coalition.

But at a time when the country should be gearing up for the mass celebration of its first Summer Olympics since 1964, Abe and his government are battling criticism from both within and outside Japan over how they’ve dealt with the outbreak. That’s particularly true of Tokyo’s handling of the Diamond Princess, a cruise ship stuck in quarantine off the coast of Yokohama as growing numbers of its 3,700 passengers and crew fell sick or were evacuated.

Japan’s economy contracted 6.3% in the last quarter of 2019, after an Oct. 1 sales tax hike dented demand at a time when exports already were languishing thanks to the China-U.S. trade war and trade friction between Tokyo and neighboring South Korea. The boost that Abe got from soaring stock prices early in his first term, when the Nikkei 225 share index more than doubled in 2013-2015, has faded with the index on a plateau for the past two years.

With the virus outbreak, tourism has nosedived with cancellations of tens of thousands of flights. Chinese tourists, the mainstay of regional travel with nearly 10 million visiting Japan in 2019, are staying away now that the virus has spread beyond the cruise ship to Okinawa, Wakayama and other relatively remote parts of the country as well as Tokyo.

“A multitude of things are going wrong simultaneously, not just for Abe but for Japan as a whole,” said Michael Cucek, assistant professor for Asian Studies at Temple University in Tokyo. “It’s a concatenation of things.”

Basically the quarantine of a ship is a 19th century type of a strategy.

As of Friday, Japan had reported three deaths and 739 cases of the new virus, including 634 from the cruise ship. The last cruise ship passengers testing negative for the virus were due to disembark after a prolonged quarantine on board that drew criticism given the tight quarters and difficulty of isolating sick people from the healthy. Six health workers, including government officials, contracted the virus, raising questions about the effectiveness of protective measures used.

“Basically the quarantine of a ship is a 19th century type of a strategy. But it was probably hard to make any kind of a decision,” said Hitoshi Oshitani, a virology professor at Tohoku University Graduate School of Medicine. “The cruise ship issue is getting bigger and bigger as a political issue.”

The coronavirus crisis hit home just as Abe’s supporters were gearing up to try to change the rules to allow him a fourth three-year term after his current term ends next year. As the numbers affected by the virus have risen, his popularity ratings have fallen.

A recent poll by the Kyodo News service showed support ratings for Abe’s cabinet this month sank 8.3 points from January, with only 36% of those questioned happy with the government’s measures to contain the outbreak.

Koichi Nakano, an international politics professor at Sophia University in Tokyo, said Abe’s presence was largely missing at the forefront of the crisis management, especially in the case of the Diamond Princess.

“Instead of demonstrating and winning international trust about Japan’s crisis management capability ahead of the Olympics, he did just the opposite and made the international community doubt if Japan can handle this,” he said.

Abe’s opponents, and even his usual ultra-right wing supporters, have accused him of being “soft” on China and seeking to avoid offending Beijing ahead of Chinese leader Xi Jinping’s planned visit to Tokyo in April by delaying travel restrictions during the Lunar New Year holidays in late January, when it was already clear the outbreak was spreading from its epicenter in the central Chinese city of Wuhan.

Shu Watanabe, of the opposition Democratic Party for the People, accused the government of lacking a sense of crisis. A welcome message posted on the website of the Japanese Embassy in Beijing saying “We look forward to receiving many Chinese guests visiting Japan,” made “everyone wonder what on earth Japan is doing,” Watanabe said. The message has since been removed.

Questioned Thursday in parliament about the number of Chinese still visiting or transiting through Japan, Katsunobu Kato, the minister of health, said it would be “impossible to 100% shut down” arrivals. He deflected requests to assess the effectiveness of the quarantine measures.

Japan’s leaders have improved their crisis management from the time of the 2011 triple earthquake-tsunami-nuclear disasters, but the reluctance to take quick, decisive action remains a chronic problem, says Cucek.

“They have crisis plans. They have crisis training but a crisis also requires leadership,” he said. “That’s what’s missing, the people who are willing to take the hard decisions.”

With the future so uncertain and many events being curtailed or postponed, some in Japan are calling for the Olympics to be postponed or moved to another venue, following the example of many other major events, including the Liberal Democrats’ party congress, planned for March 8 and postponed for now.

So far, Abe and other government officials have insisted the Games, with 11,000 competitors and multi-billion dollar investments from television and other sponsors, will go ahead as planned in July, despite cancellations of various preliminary events and many other non-Olympic happenings.

Asked Friday if the government would consider moving the Olympics or postponing them, Abe’s chief cabinet secretary, Yoshihide Suga, said Japan had the “full confidence” of the International Olympic Committee.

“We intend to continue to work closely with the IOC and Tokyo Metropolitan government to ensure the Olympics will be held in a way that ensures athletes and spectators can participate safely,” Suga said.