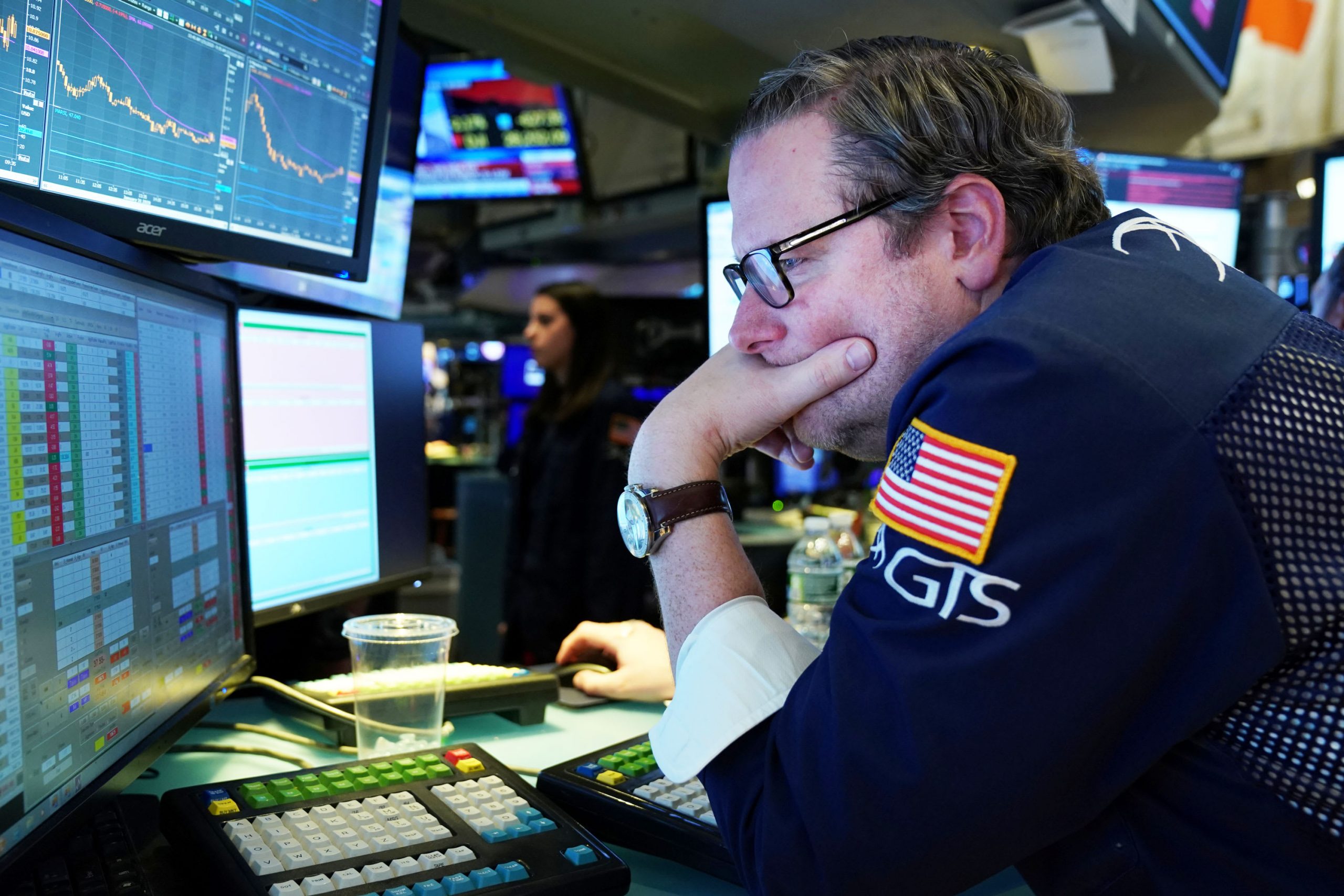 Friday’s losses sent the major averages lower on a weekly basis for the first time in three weeks. The Dow, S&P 500 and Nasdaq all fell more than 1% week to date.

Microsoft fell more than 3% to lead the Dow lower on Friday. The S&P 500 was pressured by a 2.3% drop in the tech sector. Facebook, Amazon, Netflix, Google-parent Alphabet and Apple all closed at least 1.5% lower to drag down the Nasdaq lower. In turn, money poured into U.S. bonds, pushing the 30-year rate to an all-time low.

“Even if the outbreak recedes, global growth is still set to fall to zero in the first quarter, before bouncing back over the remainder of the year,” Peter Berezin, chief global strategist at BCA Research, said in a note. “Thus, a near-term hit to corporate earnings now looks unavoidable.”

The spread of the virus is already taking its toll on the Chinese economy. Data from the China Passenger Car Association showed auto sales plummeted by 92% in the first two weeks of February. Some U.S. companies, including Apple, have also warned this week about possible revenue headwinds due to the virus.

IHS Markit also said activity in the U.S. services sector hit its lowest level in more than six years, noting confidence was “subdued” to the coronavirus.

“This seems like a textbook defensive rotation,” said Frank Rybinski, chief macro strategist at Aegon Asset Management. “You’re starting to see hard-dollar impacts for companies because their supply chains are being disrupted.”

U.S. stocks were coming off a negative session driven by a sudden midday sell-off which confounded traders and brought markets back from previous record highs. The Dow also notched its fourth decline in five sessions.

“Markets had their first real ‘shot across the bow’ in a few weeks time, with a sudden swift pullback to multi-day lows, which was severe enough to cause some rapid buying of volatility,” said Mark Newton, managing member at Newton Advisors. “Yet breadth was never down that much even at the height of intraday losses, and ended up positive on the day.”