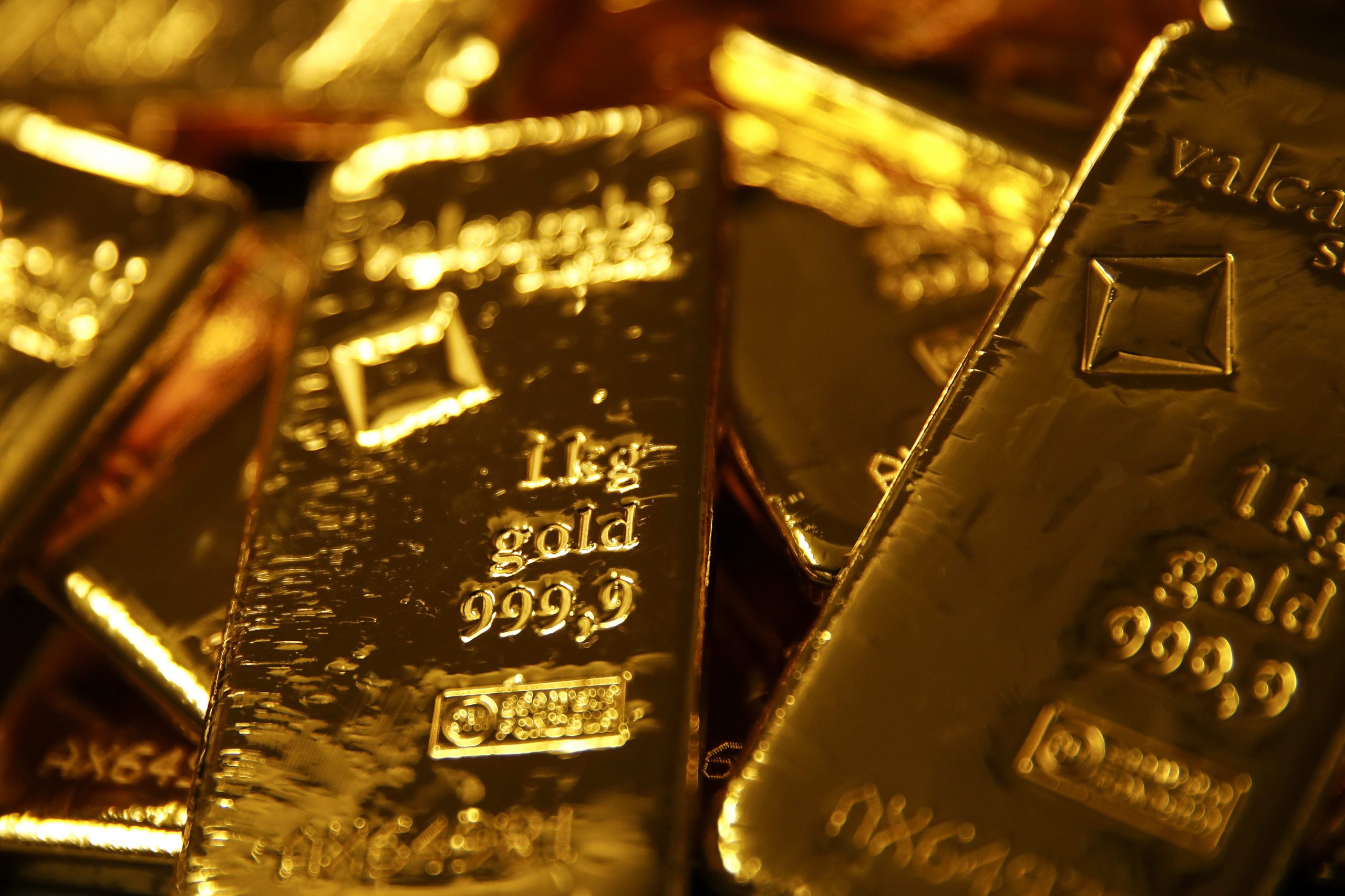 
Gold touched its highest level in more than seven years on Thursday as investors piled into the so-called safe haven asset amid ongoing concerns that the coronavirus outbreak will dent global growth.

Confirmed cases of the coronavirus now stand at more than 75,700, while the death toll has topped 2,130.

A growing list of companies are warning about the economic impact of the virus, including Apple, which on Monday said it would miss its quarterly revenue target thanks to constrained worldwide supply of iPhones, as well as lower Chinese demand.

The S&P 500 and NASDAQ Composite touched record highs on Wednesday, but investors are also hedging their risk by piling into gold. And despite the metal’s recent run higher, some on the Street believe there’s more upside ahead.

“So far … gold has demonstrated its safe-haven qualities and we stay long the metal,” UBS analysts led by Wayne Gordon said.

The firm said that shorter-term prices look set to test new highs, which could mean gold topping $1,650 in the coming weeks. That said, UBS cautioned that potential gains could be capped if the coronavirus-related disruptions are limited to the first quarter.

The firm said that some of the action in gold could also be due to other unknowns in the market, including the U.S.-China trade war, as well as the upcoming U.S. presidential election.

From a technical trading perspective, Bespoke Investment Group noted that gold breaking above the $1,600 price marked a key “psychological level,” which should provide support going forward. The firm added that gold’s bounce has coincided with a rise in the dollar, meaning “it’s not a weaker dollar that’s causing the recent rush into gold.”