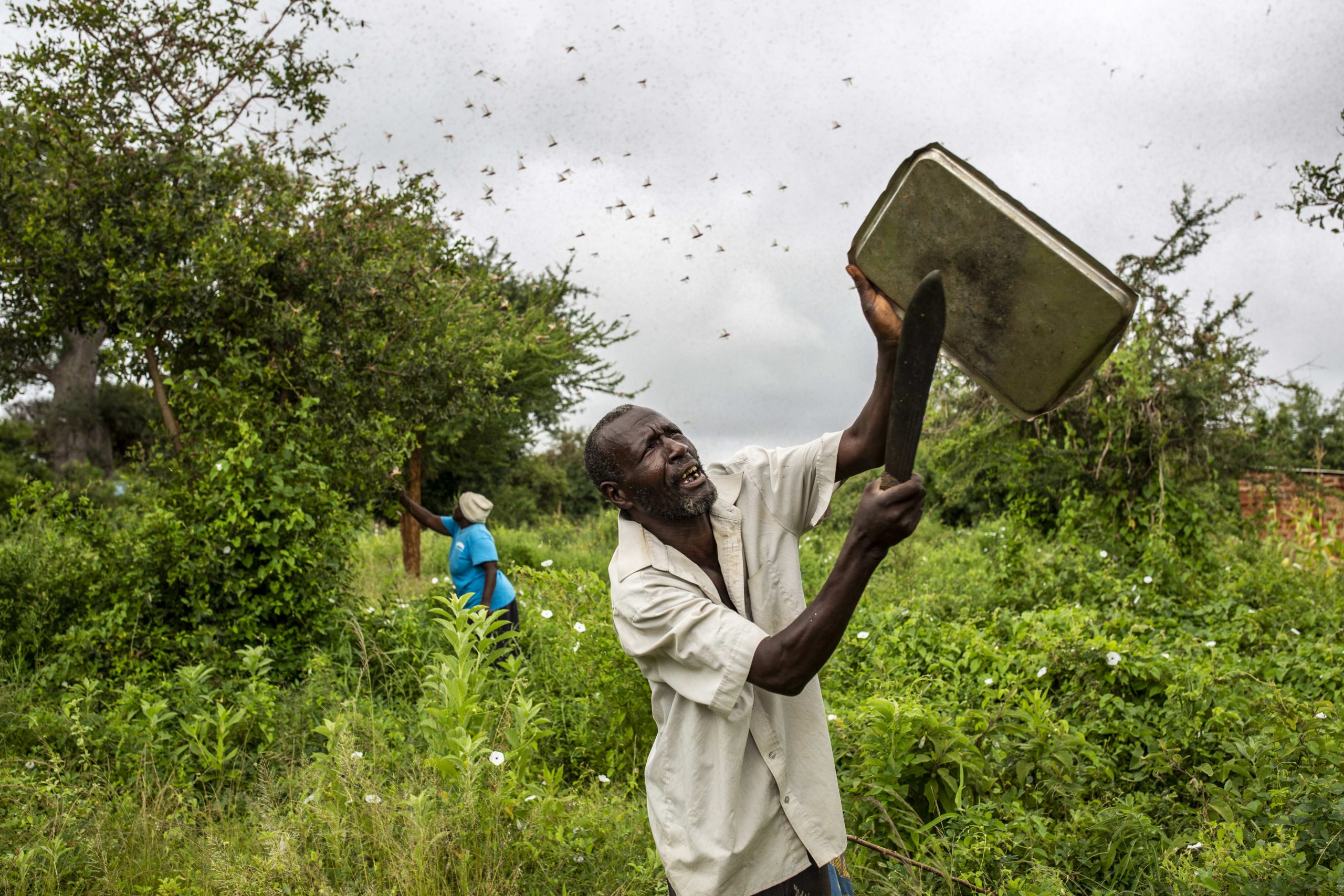 In recent days, locust swarms have begun to impact South Sudan, Uganda and Tanzania, having already decimated crops throughout Ethiopia, Kenya and Somalia, Eritrea and Djibouti. The Food and Agriculture Organization (FAO) of the United Nations earlier this week called the situation “extremely alarming.”

The UN warned of an unprecedented threat to food security in a part of the world where millions face hunger, and the FAO estimated that 70,000 hectares of crops in Kenya and around 30,000 hectares in Ethiopia had been infested. It added that locusts had attacked coffee and tea crops that account for approximately 30% of Ethiopia’s exports.

The locusts have now begun breeding along both sides of the Red Sea in Egypt, Sudan, Eritrea and Saudi Arabia.

Desert locusts can travel up to 150km (95 miles) a day, and a one-square-kilometer swarm can devour as much food as 35,000 people in a single day, according to the UN.

Credit danger and risk of unrest

In a recent report, Moody’s said the infestation is “credit negative” for economies heavily dependent on agriculture, which contributes roughly a third of gross domestic product (GDP) across the whole of East Africa and is responsible for more than 65% of employment across the region, with the exception of Kenya, its largest economy.

Moody’s said the infestation will “test existing food storage in fragile Horn of Africa countries and add to inflationary pressures given the relatively high proportion of food in the consumer price index basket.”

A local resident tries to swot away a swarm of desert locusts in Mathiakani, Kitui County, Kenya, on Saturday, Jan. 25, 2020. The number of locusts in East Africa could expand 500 times by June, the UN’s Food & Agriculture Organization said last month.

“Rising food prices from a prolonged shortage of key crops fuels the potential for social unrest across East Africa, a region where we already assess political risks as elevated and the ingredients for potential social unrest prevalent,” Moody’s Vice-President and Senior Credit Officer Kelvin Dalrymple said.

Speaking to CNBC Africa earlier this week, Dalrymple suggested that while a dollar value of lost crops has yet to emerge, making it difficult to estimate potential damage, a continuation of the situation could see between one and two percentage points shaved from the GDP growth of affected countries this year.

Capital Economics Emerging Markets Economist Virág Fórizs also told CNBC on Thursday that the situation could “go from bad to worse” as the swarms continued to expand.

Capital Economics analysts said that Kenya’s economy was in a good position to weather the immediate macroeconomic effects of the outbreak, however, with an improving current account position and inflation in single digits.

The outbreak has so far been contained in the north of the country, which is not a big producer of Kenya’s key export crops, so while there will likely be a severe on impact livelihoods and food security in the region, Fórizs suggested that damage to broader economic output should be limited.

However, she added that the situation could worsen drastically if the locusts expanded into key agricultural areas in the Great Rift Valley, with worrying indications that this is more likely than initially presumed.

“If the infestation were to spread to the entire country (beyond the counties currently affected), we estimate that a fall in agricultural output similar in scale to previous outbreaks would directly hit Kenyan GDP growth by 0.8 percentage points,” Fórizs told CNBC.

“This would be painful, but given that the economy expanded by about 5.5% last year, even a worst-case scenario would be unlikely to trigger a recession. Of course, knock-on effects through reduced consumption or a decline in government revenues would add to economic costs.”